The Batam circuit of the 2023 ABL Invitational has come to a close, ending with two statement
wins from two of the title-contending teams.

The Saigon Heat blew by Zamboanga Valientes with a big first half, while the Singapore Slingers
poured in the points to blow out Louvre Surabaya, 101-79.
The Heat wasted no time getting ahead against their opponents, scoring more than twice of
Valientes for a 31-15 first quarter. The second quarter wasn’t much of an improvement as the
Saigon Heat finished the half up ahead, 63-33, allowing them to cruise along the rest of the
way.

Zamboanga Valientes managed to get some momentum going their way in the third quarter,
but in the end, the gap was too big to overcome. 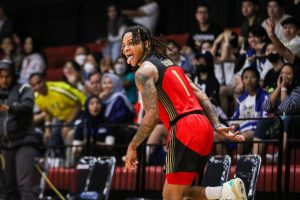 Evan Gilyard returned to action and did not disappoint as he went for 29 points on 6 made
three-pointers to go with 7 rebounds and an ABL season-high 14 assists. Jeremy Combs was
also spectacular with 23 points on 10-12 shooting and 12 rebounds.

For Zamboanga, it was Antonio Hester as usual who had 26 points, 6 rebounds, and 4 assists on
10-16 shooting from the field. James Kuwekuteye also added 21 points and 5 boards.
In the last game of the Batam circuit, the Slingers erupted for a historic night, beating Louvre
Surabaya 138-83.

Not only is the point total for the Slingers the highest ever in franchise history, but it’s also the
second most by a team in ABL competition and the most in regulation time.

Aside from making history in the scoring category, the Slingers also set the bar for most assists
in a single game with 48 dimes in total on their end. Additionally, they also set the Slingers
franchise record for most three-pointers made in game with 14. 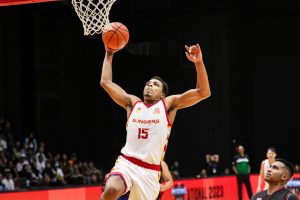 It took a while for the Slingers to get things going, but once they did they just kept on going.
After getting close in so many games, Kentrell Barkley finally got his first triple-double with 24
points, 12 rebounds, and 11 assists while shooting 11-17 from the field. Xavier Alexander also
pilled in the statistics with 25 points on 10-15 shooting to go with 5 rebounds, and 5 steals and
was two assists shy of his career-high with 15 in this game.

CJ Gettys led the Slingers in scoring with 29 points in just under 22 minutes of action and
grabbed 12 rebounds in the process.

Local player sensation Jackson Mah continues to impress as he put up 22 points on 8-9 shooting
which included 6 three-pointers.