Saigon Heat improved to 3-0 by handing Zamboanga Valientes their first loss while NS Matrix
Malaysia get into the win column.

Both Saigon Heat and Zamboanga Valientes came into their clash without a loss to their record,
but only the Heat continue undefeated after a 75-71 win. 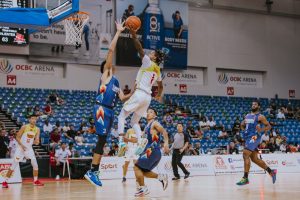 The Vietnamese club built their lead on a big second quarter spurt, outscoring their opponents
25-13 before the halftime break. They continued to build their lead up to as much as 20 points
in the fourth quarter before Zamboanga Valientes shifted into late-game rally mode once again.
By enforcing a full-court press, the team from the Philippines quickly chipped into the 20-point
deficit with an 11-0 run. They would continue to apply pressure on the Heat, but time was not
on their side as they would only get as close as within 4 points.

Coach Matt Van Pelt’s squad balanced their offense out in this game with five players scoring in
double digits between 12 and 17 points. Evan Gilyard and Jarius Holder lead the team in scoring
with 17, while Nguyen Huynh Phu Vinh stepped up to produce 13 points and 9 rebounds.
For Zamboanga, Antonio Hester led in scoring once again but was limited to only 16 points in
this loss, though he also had 10 rebounds and 6 assists. Valientes also got 12 points from James
Kwekuteye who made his debut in this game. 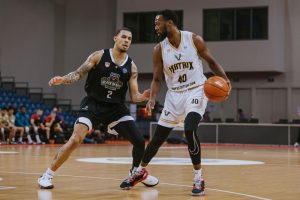 There was no back and forth struggle as NS Matrix Malaysia took control, gained a double-digit
lead right in the first quarter and never looked back. The Malaysian club had been impressive in
their first two losses and this convincing win puts them back on track for a strong rebound.
The key for NS Matrix was their defense as they allowed the Black Bears to shoot only 29
percent from the field and 15 percent from the three-point line. On the offensive end, it was a
team effort with five players scoring in double-digits from Tevin Glass (16 points), Amir Williams
(14 points), Henry Iloka (11 points), Wong Yi Hou (10 points), and Ting Chun Hong (10 points).
The outstanding star for NS Matrix in particular was Tevin Glass, who flirted with a triple-double
by adding 12 rebounds and 7 assists to his name.

Isaiah Wade reached double-digits once again for the Black Bears, though it would take him 32
attempts to reach 16 points while also grabbing 15 rebounds in the process. Leading the team
in scoring for this game would instead be Dequan Abron who had 17 points to go with 11
boards. Jenning Leung also cooled down a bit after two big games, but still ended up with 14
points, 5 rebounds, 3 assists, and 3 steals.