Heat start out hot, Valientes roar back for debut win

All participating teams in the 2023 ABL Invitational have now been in action with Zamboanga
Valientes and Saigon Heat as the latest two teams to collect victories. 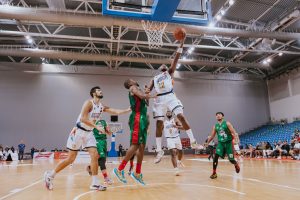 Zamboanga won the battle between new teams, defeating Louvre Surabaya 108-94, to start of
their ABL Invitational campaign on the right foot.

The win didn’t come easily as Zamboanga found themselves down by 9 points heading into the
final quarter. Louvre Surabaya were the team that had the hot start, especially Alioune Tew
who already had a double-double by halftime. Tew would end up with a monstrous line of 24
points, 22 rebounds, 4 steals, and 2 blocks.

Louvre’s Marcus Hammonds also had a big game with 32 points, 7 rebounds, and 5 assists in his
debut, but it was not enough to keep Louvre Surabaya ahead. The Indonesian side allowed 43
points in the last 10 minutes while only scoring 20 on their end, mostly as a result of the 27
turnovers with both lead guards Yericho Tuasele and Biboy Enguio commiting 6 each.
Antonio Hester was the main man for Zamboanga as he poured in 35 points to go with 11
rebounds. Jeremy Arthur pitched in 21 points, 7 rebounds, 6 assists, and 5 steals. Ryan Smith
had a double-double of 18 points and 16 rebounds, while John Amores scored 16 points of his
own. 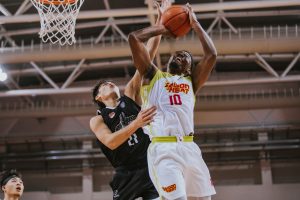 The second game of the day featured two ABL veteran teams as the Saigon Heat finished
strongly against the Macau Black Bears to win, 84-76.

It was a tightly contested game through and through, with the Macau Black Bears even leading
at the midgame break 45-44 when Isaiah Wade tipped in a shot to beat the halftime buzzer.
However, the Heat’s hot-handed three-point shooting would be able to propel the Vietnamese
squad ahead in the second half. As a team, the Heat shot 42 percent from beyond the arc, led
by Jarius Holder who scored 22 points on 6 three-pointers. Both Jeremy Combs (19 points, 16
rebounds) and heritage player Hassan Thomas (17 points, 14 rebounds) recorded double-
doubles for the Heat, with Thomas even adding in 6 assists, 2 steals, and 3 blocks.
Evan Gilyard also scored in double-digits with 15 points while also dishing out 9 assists for the
Heat.

On the Macau Black Bears’ end, the aforementioned Wade put up an efficient game of 20
points on 9-11 shooting from the field. However, it would be returning star local player Jenning
Leung who led the team with 23 points, 6 rebounds, and 5 steals.

Dequan Abrom filled in the gaps with an all-around game of 14 points, 10 rebounds, and 6
assists, but it was not enough for the Black Bears in this contest.

The Heat immediately get back into action tomorrow (January 4) as they face NS Matrix
Malaysia at 6:00 PM. Louvre Surabaya and Macau Black Bears both get a day of rest before they
face Cooly Bangkok Tigers and Hong Kong Eastern (respectively) on January 5. Zamboanga
Valientes will return to action on January 6, when they will face the Saigon Heat.