The first triple-header in Batam comes to a close with all wins claimed with a double-digit
margin by Macau Black Bears, NS Matrix Malaysia, and Hong Kong Eastern.

The Macau Black Bears tipped off the day with a 94-64 win over the Cooly Bangkok Tigers. This
is the third straight win for the Black Bears and also the second in three games against the
Tigers. The Thailand club still remains winless in the 2023 ABL Invitational.

Isaiah Wade led all scorers with 29 points in this game while also grabbing 9 rebounds on 11-15
shooting from the field. Local player standout Jenning Leung continued to have the hot hand in
this ABL Invitational with 20 points on 3-6 shooting from the three-point range while also
getting 4 rebounds and 5 assists. The Black Bears also got 12 points from Leong Kei Long who
played 20 minutes in this contest. 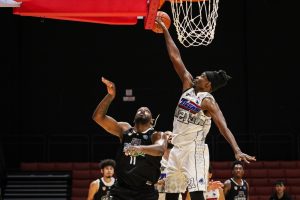 For the Tigers, Wuttipong Dasom scored 16 points and grabbed 6 rebounds in the loss.
The second game of the triple-header was a bit more of a back-and-forth affair, with NS Matrix
Malaysia winning against Zamboanga Valientes, 98-88.
The lead switched hands 12 times throughout the entire game, with both teams claiming the
lead at some point in each quarter aside from in the third quarter, which was all in the favor of
NS Matrix.

Zamboanga Valientes were determined to win another game, but they couldn’t stop a 15-0 run
late in the game by their opponents, resulting in a heartbreaking loss.

For NS Matrix, it was an impressive team effort as all 12 players saw action on the court. Four
players scored in double-digits led by Tevin Glass with his 25 points and Amir Williams who
contributed 24 points. Ting Chun Hong had another good game of 14 points on 4-8 shooting
and the team got another boost from De Wee Yiang who had 11 points on 5-6 shooting in 16:49
minutes.

For Zamboanga, their starting five shouldered the offense, all scoring in double-digits, while
their bench unit didn’t put up many points in this game. 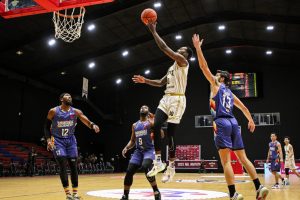 James Kuwekuteye had 25 points to lead the team, while Jeremy Arthur was close behind at
second with 21 points himself. Antonio Hester had his impressive stat line of 18 points, 5
rebounds, 5 assists and 4 steals, but it was not enough to get this win.
The result left NS Matrix celebrating their third straight win while Zamboanga Valientes see
their win streak snapped.

The hosts Louvre Surabaya were back in action today but were unable to treat their fans with a
win after losing to Hong Kong Eastern 109-64.

Eastern turned up the efficiency of what already was the most efficient team in the competition
to finish with 58 percent shooting from the field and 39 percent from the three-point line. They
also end up out-rebounding Louvre Surabaya 52-22.

All Eastern players made it on to the court in this game where 6 players scored in double-digits
led by O’Darien Basset (19 points), Dominic Gilbert (17 points), Chris McLaughlin (17 points),
and Leung Ka Him (14 points). The Xu brothers, Adam and Oliver also put in a combined 20
points for the win.

The Macau Black Bears (vs Singapore Slingers), Hong Kong Eastern (vs Saigon Heat), and Louvre
Surabaya (vs Cooly Bangkok Tigers) get right back into action in the Sunday triple-header on
January 15. Meanwhile, NS Matrix get a day of rest before playing on January 16 against the Slingers.

Zamboanga Valientes get two days of rest, but will return to play back-to-back games,
starting with the game against Macau Black Bears on January 17. 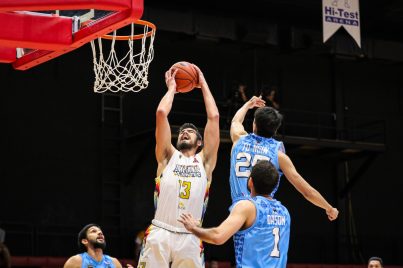 Valientes win for the fans, Black Bears pull of the upset in Batam 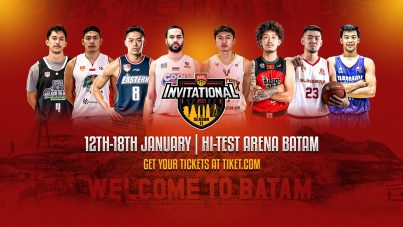 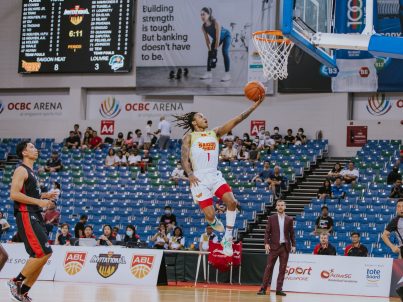 Evan Gilyard stands out as Player of the Tournament in Singapore 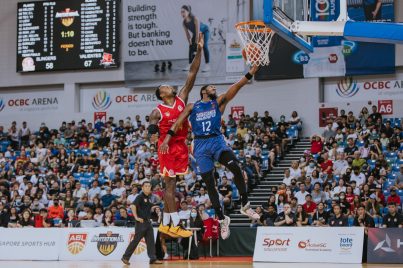 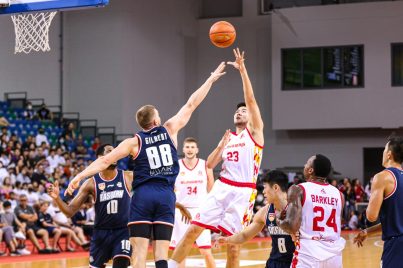