The undefeated keep their records clean as Saigon Heat and Singapore Slingers both claim their
second wins of the 2023 ABL Invitational. 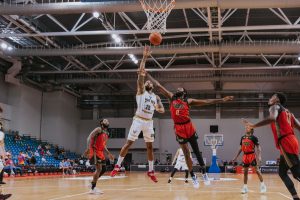 The day started off with an intense battle between the Saigon Heat and NS Matrix Malaysia
where the Vietnamese squad emerged victorious, 88-84.

NS Matrix command the control for most of the game, leading by as much as 9 points and even
holding onto a 6-point cushion in the fourth quarter. The Malaysian club dominated down low
as they scored 42 points in the paint to the Heat’s 30 points, while also outrebounding their
opponents 52-34. They almost matched offensive rebounds (17) with Saigon Heat’s defensive
rebounds (23), truly emphasizing the advantage they had near the rim with Amir Williams (16
points, 14 rebounds) and Tevin Glass (22 points, 13 rebounds). 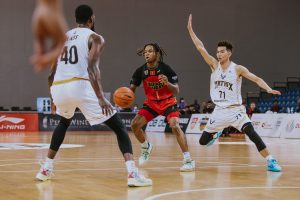 However, it was the Heat’s firepower from outside that proved to be the turning point in a
second straight contest.

While Jarius Holder cooled down from his spitfire debut, finishing this game with 14 points and
2 three-pointers, it was instead Evan Gilyard who picked up the pace. The shifty guard exploded
for 38 points to set the current tournament-high, breaking Kentrell Barkley’s 37 on Monday.
Gilyard’s most impressive and important points were his last three as they came off a play-of-
the-year worthy ankle breaker on Teo Kok Hou leading into a dagger three-pointer in the last 20
seconds of the game.

Aside from the big contributions from their import players, the Saigon Heat got another solid
game out of local player Vo Ban Kim who had 12 points, including a last minute clutch bucket.
For NS Matrix, Ting Chun Hong was able to avoid foul trouble today, allowing him to finish the
game with an impressive 21 points.

In the second game of the day, the Singapore Slingers maintained their impressive form by
leading early on up till the end in a massive 111-69 win. 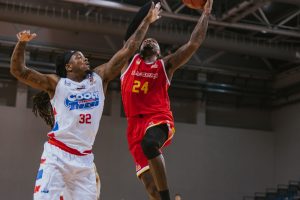 The Slingers pushed hard and fast to lead by as much as 50 points in this game off of 39 fast
break points and 76 points in the paint.

Despite playing only 24:34 minutes, Kentrell Barkley surpassed the 30-point mark for a second
straight game and finished with 32 points, 8 rebounds, 5 assists, and 2 steals. The two other
import players flirted with triple-doubles where Alexander had 20 points, 7 rebounds, and 9
assists, while CJ Gettys had 20 points, 16 rebounds, and 7 dimes. 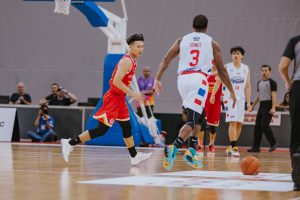 With almost the entire bench seeing action in this game, the Slingers got 29 points off the
bench, led by another solid outing from Zach Helzer (11 points, 5 steals) and Justen Chiam (12
points).