Who else is ready for the return of the ABL? Whether you’re ready or not, here the teams in the
2023 ABL Invitational come.
Before we tip-off, here we take a quick look at each of the teams in contention in alphabetical
order. 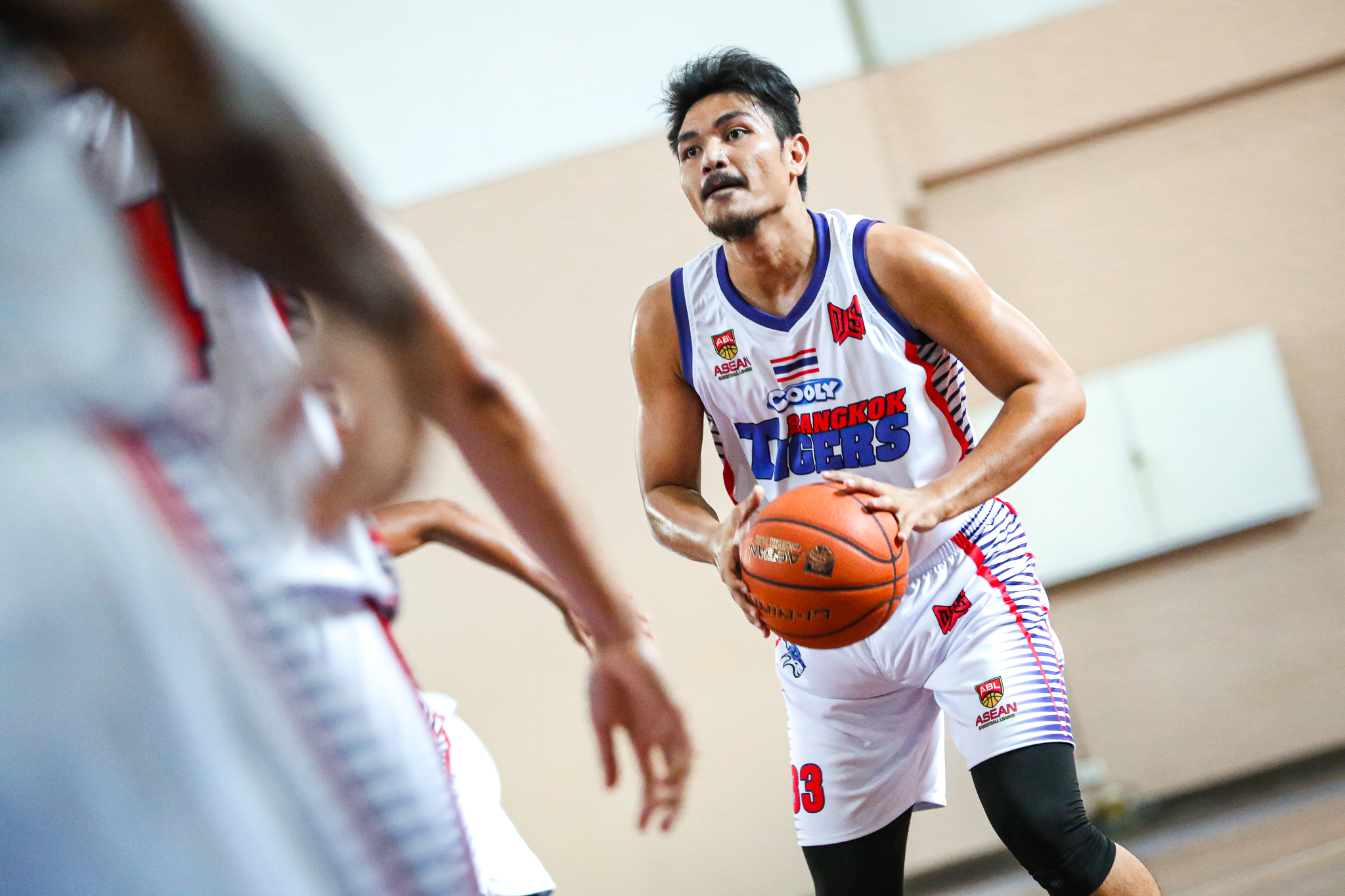 The “Tigers” moniker isn’t new to a Thailand team in the ABL, as the “Thailand Tigers” were the
first team from the country to play in the inaugural season of the ABL back in 2009. But this is a
new team. The Cooly Bangkok Tigers were founded in 2018 and have quickly gained respect in
the Thailand basketball circle for their competitiveness and young up-and-coming talents.
That’s what they are expected to put on display in the first circuit of the 2023 ABL Invitational in
Singapore which will be their debut in the competition.
The Tigers have been clear about their focus on promoting young Thai talents and the fans will
see just that from a lineup that includes youngsters in the Thailand national team pool like
Afnan Charansarn and Nicola Franco as well as a former youth national team star in Hiran
Boateng.

Key Player: The Bangkok Tigers are a new team, but they will have some familiar faces that ABL
fans will recognize. The name that stands out is Wuttipong Dasom, a former ABL Champion
(2014) who had played three seasons in the ABL with the Thailand Slammers and Hitech
Bangkok City. The high-flying forward has compiled a decent highlight reel throughout the years
playing in the league, totaling for 555 career points for an average of 8.3 per game. The Tigers
are banking on the hope that Dasom will greatly improve on that number this year. Having his
younger brother, Kittitep, on the squad should be a nice boost as well.
Import Players: AZ Reid / Jermale Jones / Llyod Burgess 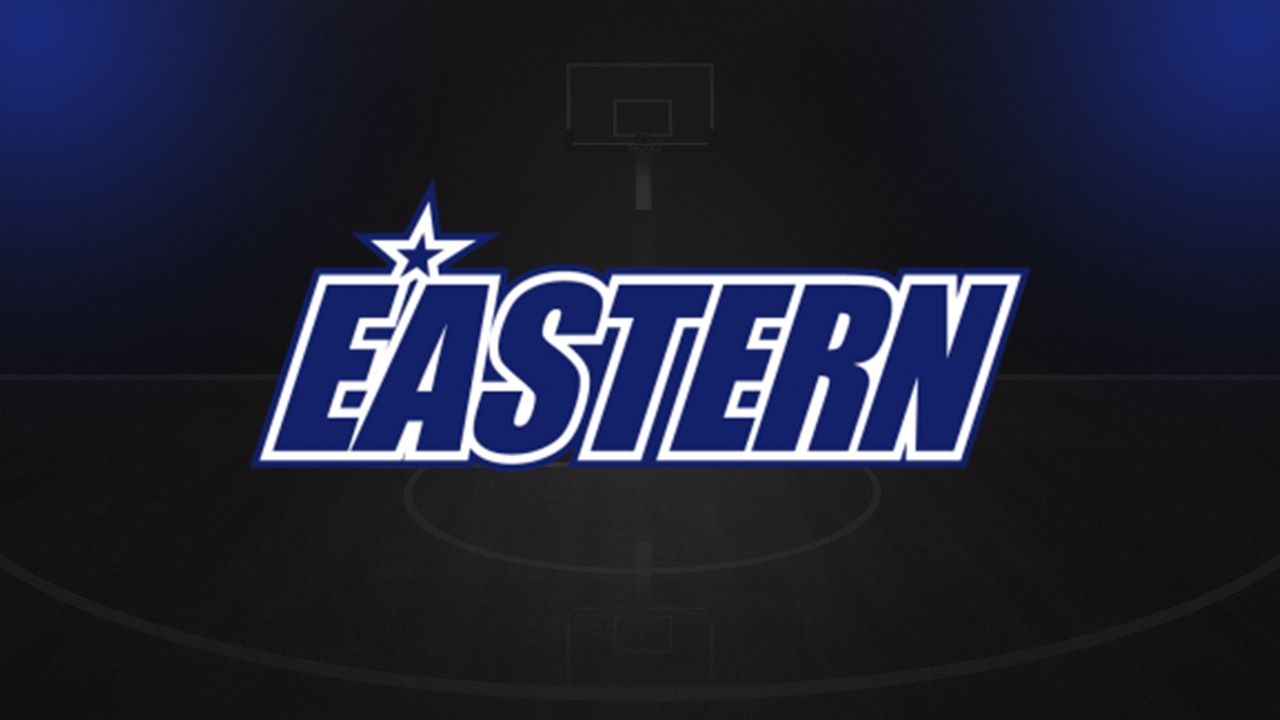 Of the ABL legacy teams, Hong Kong Eastern are the only ones to have already won a title. With
the way they are constructed, they could very well be on their way to adding more silverware
to their inventory this year.
Even though it’s been a while since we’ve last seen Hong Kong Eastern in action, there are some
key parts of the team that fans will be familiar with. Team legend and sharpshooting starter of
the 2016-17 championship squad Lee Ki has already retired, though backcourt partner Chan Siu
Wing is back and expected to assume some of that leadership role. O’Darien Bassett also
returns after a productive season of 22.3 points, 5.4 rebounds, and 6.8 assists per game in
2018-19. Adam Xu is also back for a fourth season with the team in the ABL, along with his
younger brother, Oliver, who could be one of the better rookies this year.
Key Player: 26-year-old Dominic Gilbert could also be another Hong Kong Eastern rookie that
stands out this year. Gilbert is a player of mixed cultures: born in Hong Kong, raised in Australia,
studied in Canada, and played professionally in Croatia where his mother is originally from, as
well as in Spain and the Netherlands.

It will be interesting to see how his mixed bag of talents and culture fares compared to the
competition in the 2023 ABL Invitational.
Import Players: Tonny Trocha-Morelos / O’Darien Bassett / Chris McLaughlin / Dominic Gilbert
(Heritage) 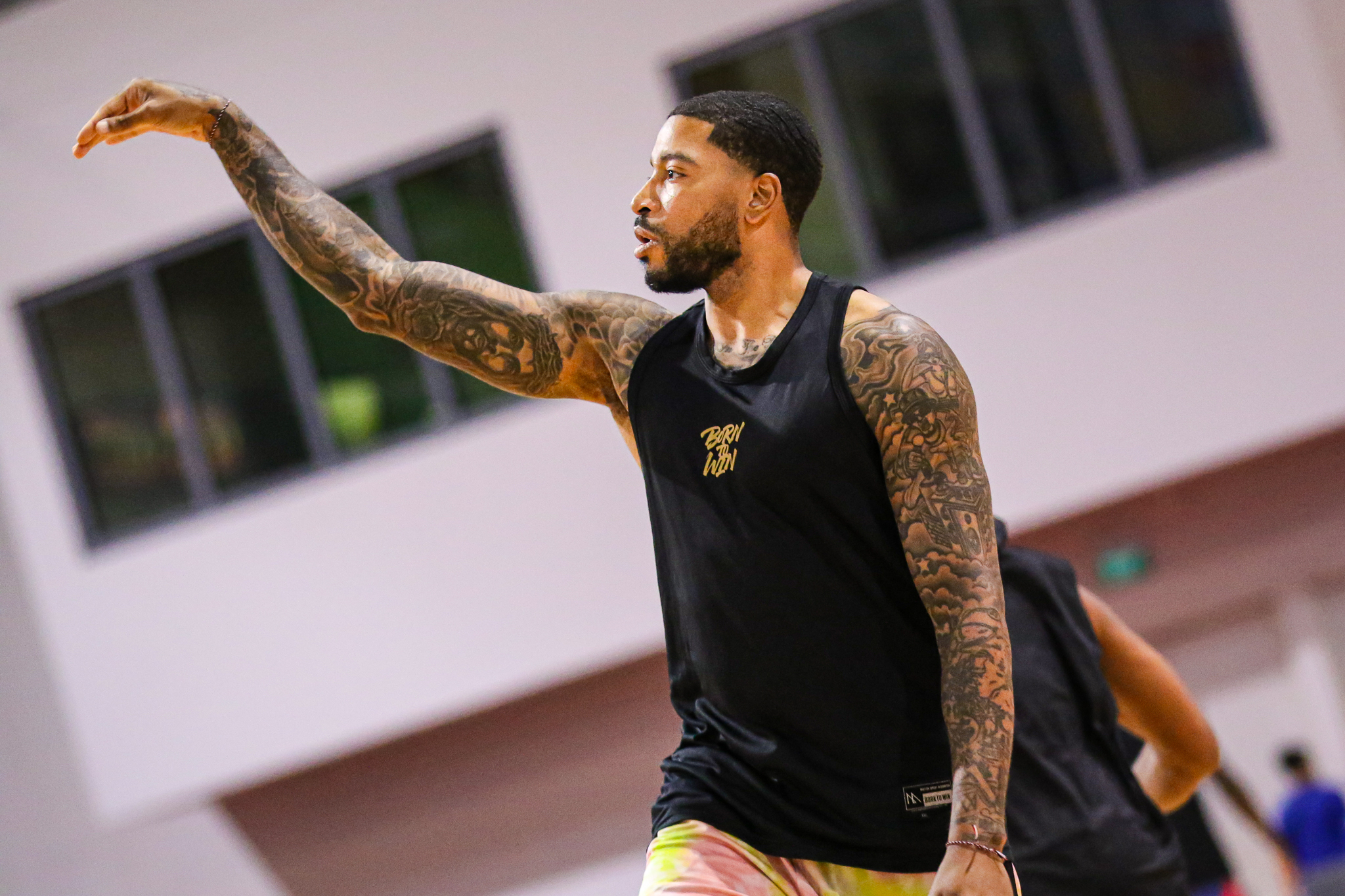 Indonesia have a proud tradition in the ABL with two former champions hailing from the
country in the Indonesia Warriors and CLS Knights. Louvre Surabaya have the high ambition of
being yet another team to claim that level of success against some of the best clubs in the
region in the upcoming tournament.

The team and it’s players will be hungry to prove themselves against the high standards set by
their predecessors, so it would be wise for their opponents to not underestimate them.
Southeast Asian basketball fans should be more than familiar with two of their top players,
Jamarr Johnson and Biboy Enguio, as both have represented Indonesia at the national team
level in several competitions namely the Southeast Asian (SEA) Games.
Key Player: Enguio is the only player with ABL experience on the team, playing with the CLS
Knights in 2017-18. He had a limited role on the team back then as he was also a late addition
to the squad, but should be featured a bit more in the setting with Louvre Indonesia.
Import Players: Alioune Tew / Marcus Hammonds / Jamarr Johnson 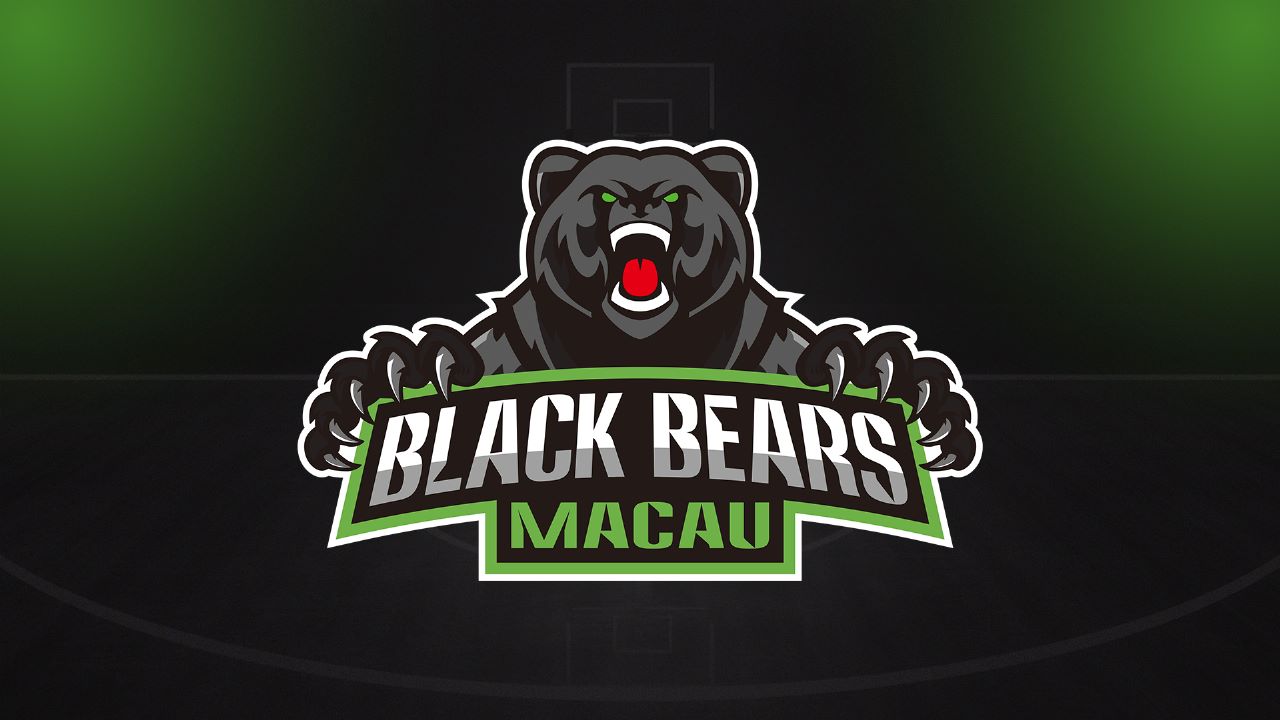 The Macau Black Bears are coming in hot in the return of the ABL in 2023. They’ve already
announced the return of former Coach of the Year, Charles Dube-Brais, and are also bringing
back some players that ABL fans will be able to quickly recognize. Aside from the returning local
players in Chan Wai Seng, Ieong Kei Long, Lao Chon Pong, and Jenning Leung, the Black Bears
are also fielding Winston Shepard. The former KL Dragons Import player played in the 2018-19
ABL season and boasted averages of 20.4 points, 11.6 rebounds, and 5.8 assists per game in 23
games that season.
Macau Black Bears are in it to win it this year.
Key Player: We all loved watching Jenning Leung and his journey to become one of the best
local players in the ABL (13.4 points per game in the 2019-20 season!) and will continue to
enjoy that again this year. But don’t forget to keep an eye on Raymond Yeung, another local
player on this team who also hails from Canada.
Yeung’s most recently recorded season with the Seneca Sting in Toronto saw him average 11.6
points per game across 20 games, all of which he started.
Import Players: Dequan Abrom / Winston Shepard / Isaiah Wade 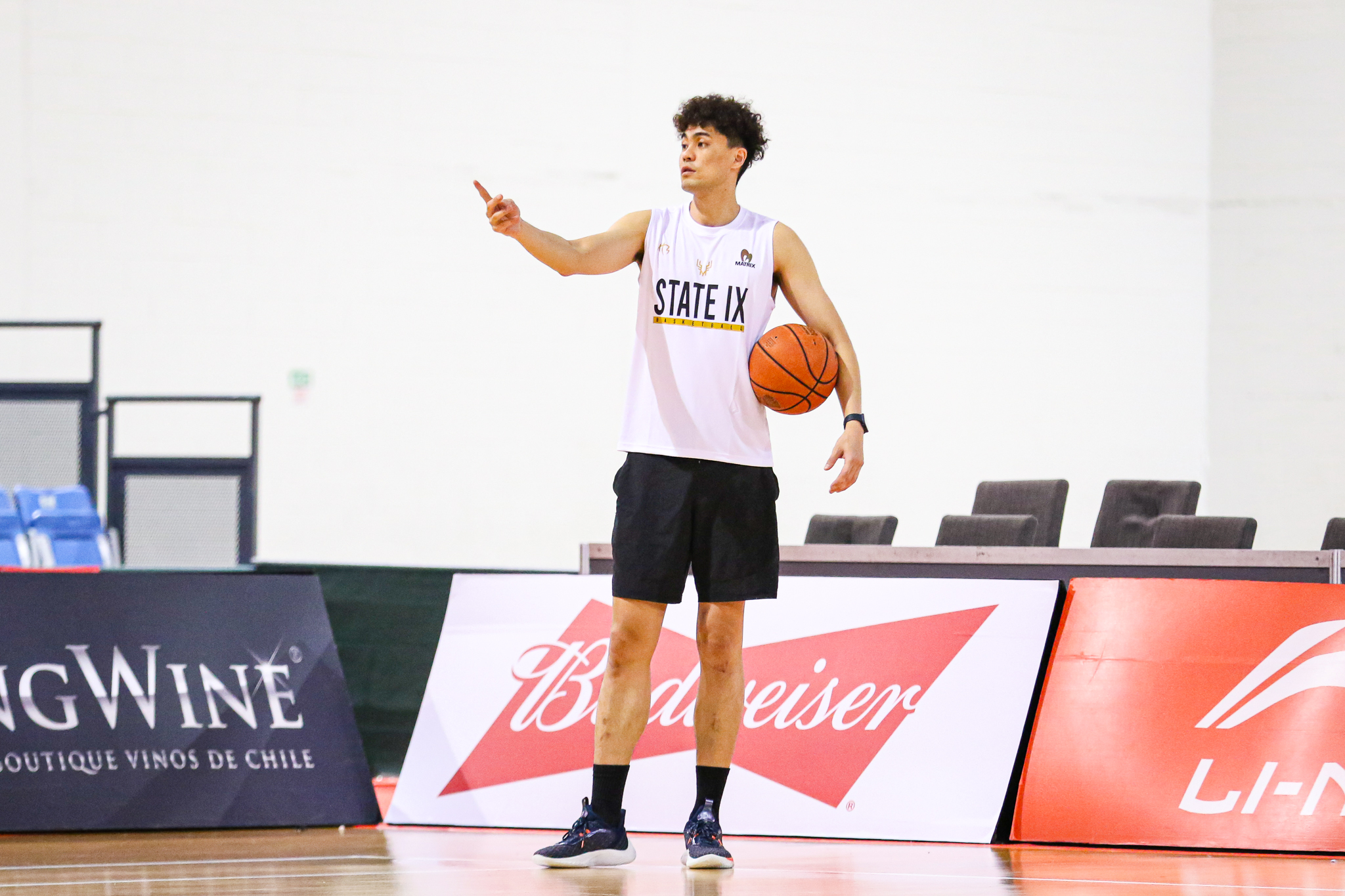 You might experience some Déjà vu watching this new NS Matrix Malaysia team this year, as
they will be parading some familiar players on the court. Aside from ABL veterans and
champions Wong Yi Hou and Kuek Tian Yuan, NS Matrix Malaysia will also have Ting Chun

Hong, all of whom are expected to be the key contributors of this team and who used to play
for the KL Dragons. NS Matrix will also have Tevin Glass, who shined as an Import player for the
Formosa Dreamers in the 2018-19 season.
NS Matrix might be a new team, but they are one that are quickly on the rise. Couple that with
the familiarity of the ABL on their roster and they might be better than what fans expect this
year.

Key Player: Kuek is the second among ABL All-Time leading scorers from Malaysia with 554
points, but watch out for Ting Chun Hong (220 points) closing in on that gap. The baby-faced
scorer has proven himself to be one of the best in the country over the recent years with the
national team and is expected to take a large chunk of the offensive responsibilities, as he had
been doing with the Dragons up until the break.
Import Players: Amir Williams / Tevin Glass/ Iloka Henry 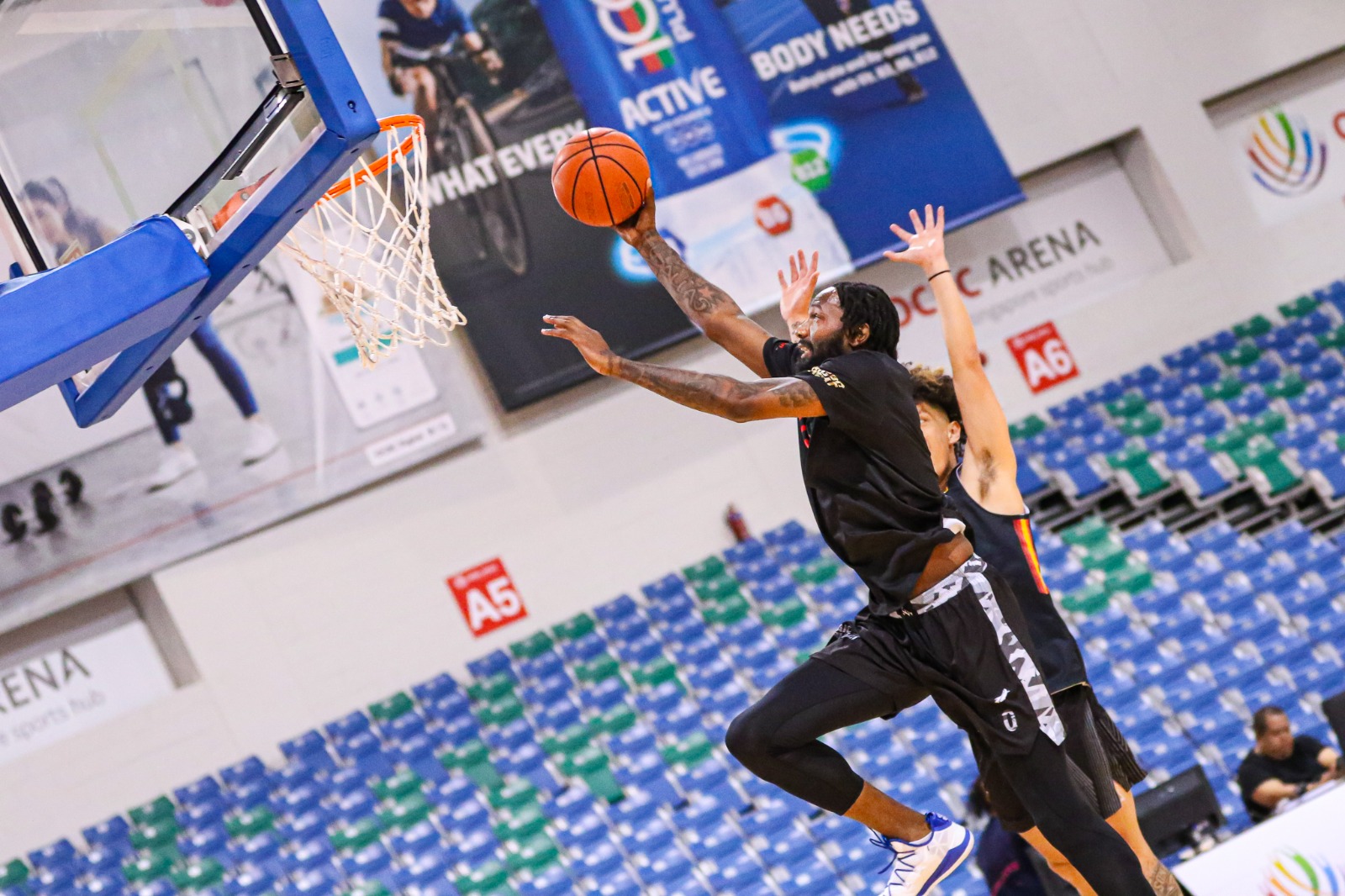 The Saigon Heat are one of the most storied teams in the history of the ABL and have
consistently built up their program to the point where the club is consistently in contention for
the crown. They are back again for the 2023 ABL Invitational, which should more than please
the ever growing fan base in Vietnam.

Tran Dang Khoa is back and expected to be an impact player as he had been in his previous two
ABL seasons, though it will be time for him to step up into a larger role. That is also expected
from the youngsters of previous seasons such as Vo Ban Kim, Nguyen Huynh Phu Vinh, and
Tim Waale, who are now older and more experienced.

Key Player: As mentioned, Khoa will be key to Saigon Heat’s success this season, but fans
should know what to expect from “Mr. Wiggle” to a certain level already at this point. The
intrigue in the line-up of this Saigon Heat team therefore shines on Hassan Thomas who is
registered as a Heritage Player for these upcoming tournaments.

The Texas native has experience in the NCAA, playing at Emporia State University in his Junior
and Senior seasons. He’s a capable scorer (8.4 points per game on 38.6 percent three-point
shooting) and rebounder (5.0 per game) at the Division II level, which Saigon Heat fans are
hoping to see translate at the ABL level for their team in the upcoming games.
Import Players: Jeremy Combs / Jairus Holder / Evan Gilyard Jr. / Hassan Thomas (Heritage)

There has never been an ABL season without the Singapore Slingers and the 2023 ABL
Invitational is not an exception. As a matter of fact, the competition starts right on their
homecourt at OCBC Arena – a venue which has seen many epic ABL clashes.

The Slingers are always among the top contending teams in the league, with 3 appearances in
the Finals that could have gone either way. They’ll be on a mission to start strong and finish
stronger this year to finally be on the top at the end of the competition.
In the past, the Slingers have relied on strong continuity and development in their talent pool
from season to season. While they have plenty of key returnees this year whether it’s ABL’s all-

time leading scorer Xavier Alexander, Tay Ding Loon, Larry Liew, Kelvin Lim, Delvin Goh, or
Lavin Raj, fans should expect plenty of newer talents to rise and shine for the team.
Key Player: One of the players that could make some noise in the 2023 ABL Invitational is Zach
Helzer. At just 18-years-old, Helzer is still quite young, but age has never kept coach Neo Beng
Siang from using players like Goh and Leon Kwek if they can be productive on the court.
Import Players: Xavier Alexander / Kentrall Barkley / CJ Gettys 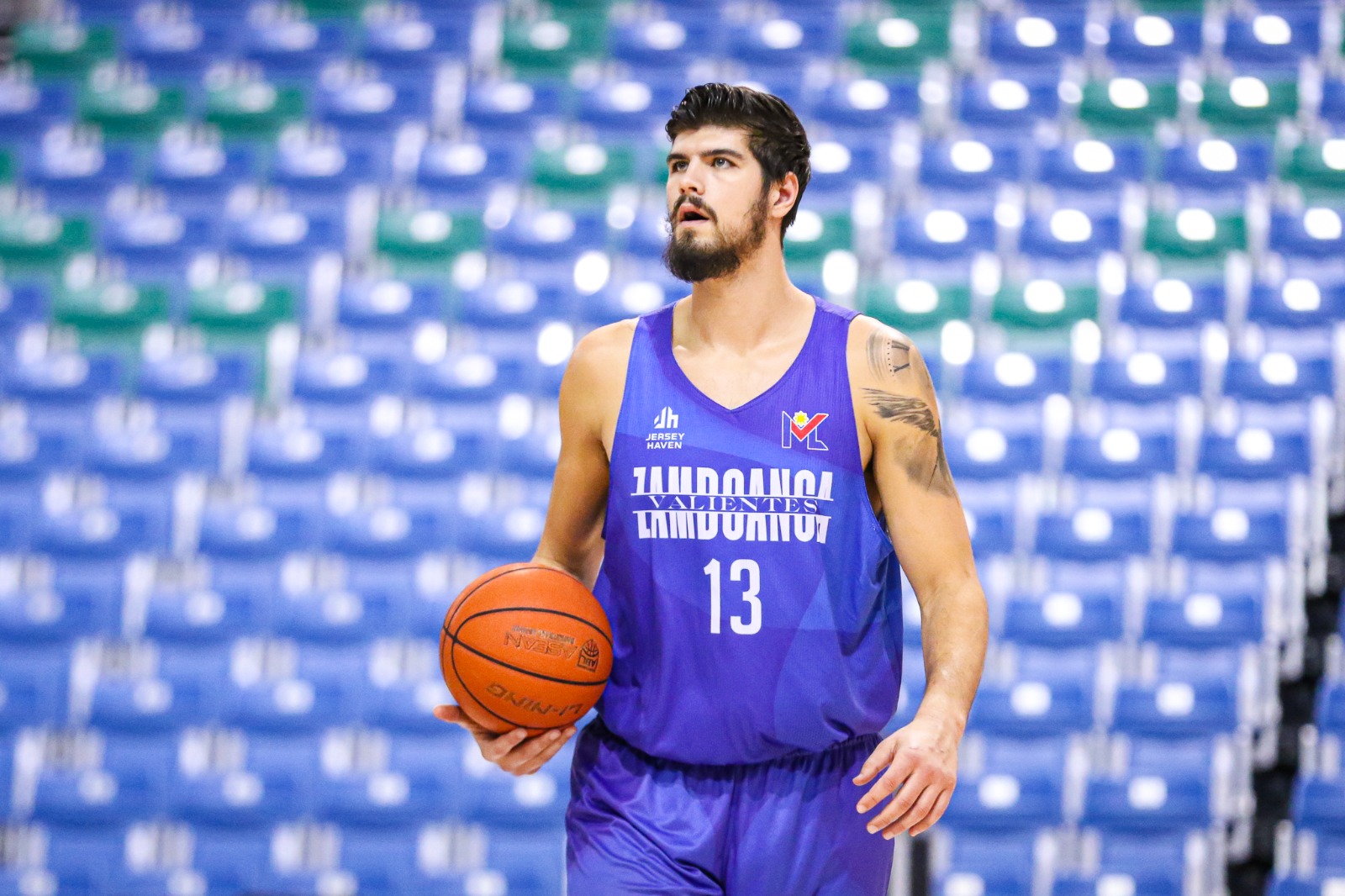 As with any team from the Philippines that play in the ABL setting, there should be a lot of
expectations for Zamboanga Valientes in the 2023 ABL Invitational. That’s just what comes with
representing a country that is crazy for the sport.

Valientes will do their best to meet or even exceed those expectations as one of the new teams
in the competition. For most of the part, the team and players will be new to the ABL outside of
RJ Cawaling and Rudy Lingganay. That doesn’t mean that they won’t be ready to compete.
Some players that ABL fans should quickly get used to are James Kuwekuuteye, who starred at
the collegiate level for the San Beda Lions, and Kemark Carino, who has played professionally in
Japan and for the Philippines national team.

Key Player: Jeremy Arthur has been generating some buzz in the Philippines basketball scene as
an incoming Filipino-American talent and ABL fans will get the first taste to see what he’s all
about. The 6’4” combo guard has climbed his way up from limited minutes off the bench as a
freshman in NCAA D3 Trinity College to being a full-time double-digit scoring starter before
transferring the NCAA D2 Franklin Pierce University and continuing to be productive in a large
role. Filipino fans are certainly looking forward to see how his next step up with Zamboanga
Valientes will turn out.
Import Players: Ryan Smith / Antonio Hester / Deng Chan